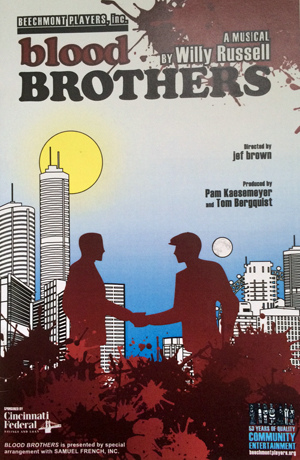 A single mother in financial desperation gives away one of her new-born sons and attempts to keep them from discovering one another’s true identity. The pressures of superstition, economics and class trap the brothers and seal their fate. Their paths are destined to cross again in both friendship and anger with the most tragic consequences imaginable.

Please note: For mature audiences only.