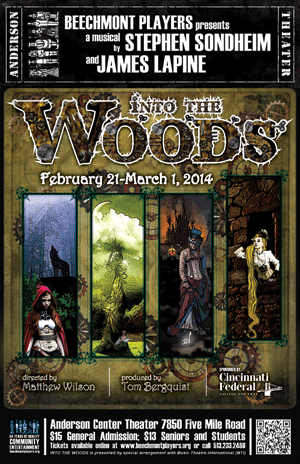 Into the Woods is the brilliant Stephen Sondheim musical which follows well-known fairly-tale characters Cinderella, Rapunzel, Jack (and the Giant!) and Little Red Riding Hood to see if they really lived happily ever after. All of the characters have their selfish reasons to go “into the woods,” but they’ll learn to cooperate if they’re going to truly bring their stories to a happy ending. Discover the “rest of the story” in this delightful musical.