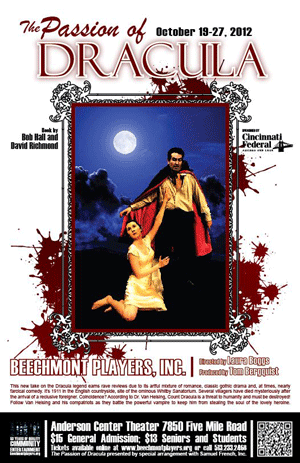 This new take on the Dracula legend earns rave reviews due to its artful mixture of romance, classic Gothic drama and, at times, nearly farcical comedy. It’s 1911 in the English countryside, site of the ominous Whitby Sanatorium. Several villagers have died mysteriously after the arrival of a reclusive foreigner. Coincidence? According to the notable scientist Dr. Van Helsing, Count Dracula is a threat to humanity and must be destroyed. Follow Van Helsing and his compatriots as they battle the powerful vampire to keep him from stealing the soul of the lovely heroine.