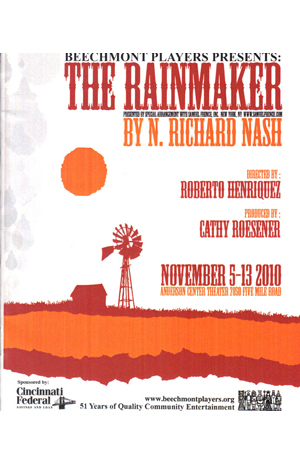 At the time of a paralyzing drought in the West, we discover a girl whose father and two brothers are worried as much about her becoming an old maid as they are about their dying cattle. The simple truth is, she is a rather plain girl. The brothers try every possible scheme to marry her off, but without success. There is also no sign of relief from the dry heat. Suddenly, from out of nowhere, appears a picaresque character with a mellifluous tongue and the most grandiose notions a man could imagine. He claims to be a rainmaker, and promises to bring rain for $100.00. Will the rain come, and will Lizzie find love?