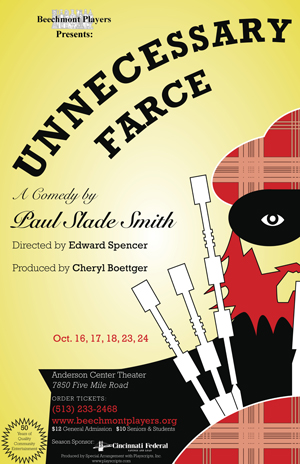 This delightfully hilarious offering by Paul Slade Smith involves a cheap motel room, an embezzling mayor, his female accountant, two undercover cops, and a video camera. Sounds straightforward, but who’s taken the money, who’s hired a hit man, and why does the accountant keep taking off her clothes?